Skip to Content
Home Black Women in Europe Lorén Talhaoui is a singer, TV personality and inspiration behind a jewelry collection in Sweden 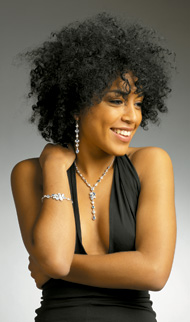 Lorine “Lorén” Zineb Talhaoui is a TV reality show participant, singer and producer. She appeared in Sweden’s Idol 2004 , where she finished in 4th place. In 2005 she released her single “The Snake” with the group Rob’n’Raz. She is a presenter on TV channel TV400 She also has her own jewelry collection.